Citizens in the Metropolitan area of Dallas/Ft. Worth and anyone who might have an interest in this issue are invited to attend an informative forum in order to initiate a legal petition for a revision of Section  212 (a) (9) (c) (II) of the Immigration and Naturalization Act. The following are the premises for this action: A MEXICAN-AMERICAN CITIZEN FOR THE FISRT TIME, PRESENTING A HABEAS CORPUS, DEMANDS FREEDOM FOR HER SPOUSE, JUAN PABLO CHAVEZ, WHO WAS ARBITRARILY ARRESTED BY A RACIST AND XENOPHOBIC POLICE OFFICER.

A police officer in Dallas, Texas, turned a traffic sign violation into a criminal charge, just because the offender had a Mexican profile and wore tattoos on his body. The police officer insulted, humiliated and intimidated him with Immigration Authorities. To justify his abusive arresting procedure, the police officer found no other "legal reason" than to charge Mr. Chavez with carrying a false document, one of those which millions of workers carry to satisfy the demands of their employers.

The fake identification card was found inside Mr. Chavez’ van, which was searched by five Police Officers who had no court order and were in violation of all legal protocols. The victim, Mr. Juan Pablo Chavez, had already been handcuffed and ordered to sit on the curb of the road.

On Friday April 4, 2014, in an unprecedented event in Dallas, young Aracelly Herrera, who was born in the United States, stood before Justin Lord (Assistant District Attorney, Criminal District Attorney's Office, Dallas County, Texas), with a written "Habeas Corpus" as a means of protecting the fundamental human rights and procedural safeguards in the case of her spouse Juan Pablo Chavez. Her action was upheld by the sacred fundamental rights enshrined in the Fourth Amendment of the U.S. Federal Constitution, which prohibits arrests, raids and seizures without due process of law. The Supreme Court of the United States, in repeated judgments, has argued that the evidence obtained by the transgression of the Fourth Amendment, cannot be admitted in a criminal trial.

It is appropriate to make publicly knowns that the procedure for Habeas Corpus is simple. Either the victims, their relatives, or anyone who may know of the violation can request a revision of the case by a competent authority. Such authority will then be bound to request the “Corpus Delicti” and the basis for the apprehension of the person. A “Writ of Habeas Corpus ", duly granted, may allow the immediate release of a person unlawfully detained. Since this is a Summary Procedure no legal formalities are needed for its draft.

The Habeas Corpus maintains its constitutional basis in Article One , Section 9, Clause II of the Constitution of the United States of America. According to this provision the privilege of Habeas Corpus shall only be suspended "unless when in cases of rebellion or invasion the public safety may require it.”

"Those who deny freedom to others, deserve it not themselves.” What is the use of Financial Statements? Why must the owner or manager of the business know hoe to interpret them? Why is it important to keep them up to date? Who uses them?

1. The owners and managers use them to assess the operation of the business and to make sound decisions to maximize its value.

2. Prospective buyers of the business need them to determine its true value and potential.

3. Financial Institutions use them to evaluate the risk of granting loans or credit lines to the business.

4. An insurance company needs them to Insure the investment.

5. Shareholders need them to estimate their return and risk.

6. Prospective investors use them to assess future return and risk.

7. Suppliers use then to evaluate the credit worthiness of the business.

8. Buyers use them to determine whether or not the business has the potential to satisfy a steady demand of goods or services.

In The following articles we are going to introduce the four basic financial statements - The Balance Sheet, The Income Statement, The Statement of Retained Earnings, and The Statement of Cash Flows.  Taken together, these statements give an accounting picture of the firm’s operations and financial position. 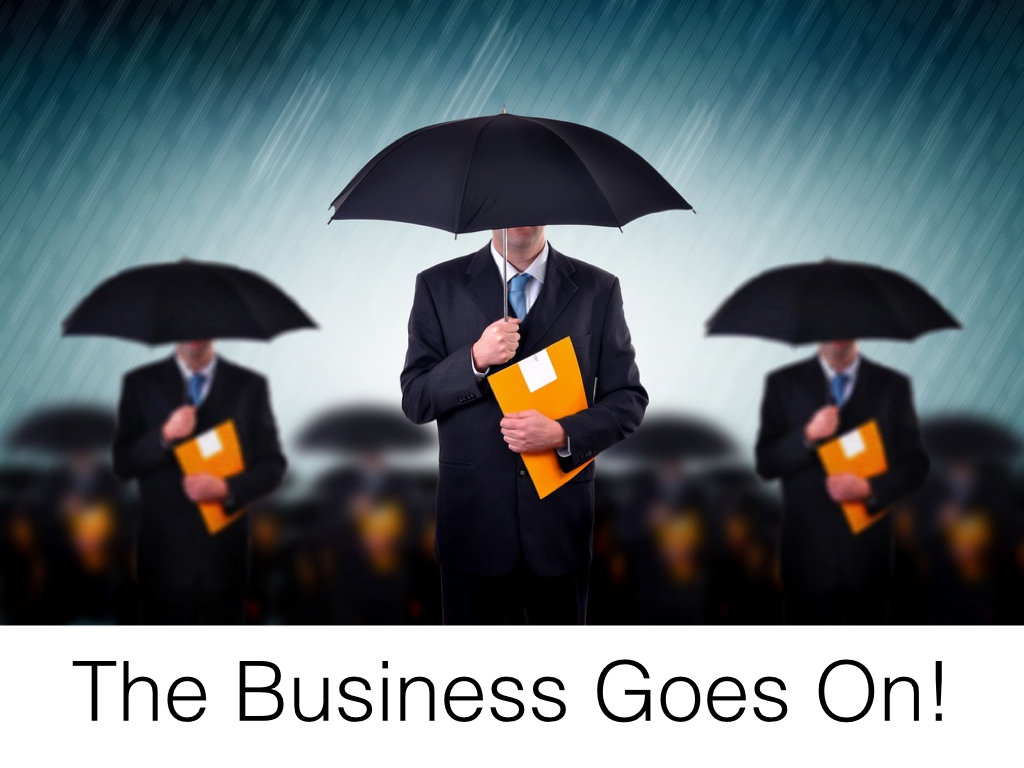 Creating and running a business takes a big effort, a great risk, and a lot of capital. Therefore protecting it and planing for its continuity is a priority.Ask yourself the following questions and find out if you are prepared.

Click here to download a pdf document which will help you be ready and prepare for continuity. In our previous blog we discussed the critical importance of Your Earning Power over the course of our life. What follows are some hints you may find helpful as you plan for a secure financial future…a future that enables you to live the way you choose to live. Few people realize that a 30-year-old couple will earn 3.5 million dollars by age 65 if their total family income averages $100,000 for their entire careers and they get no raises.

How much will you and your family earn before you get to 65 years old. Use the following formula to calculate it. Just enter your age and your income per year. Then click the CALCULATE button.


What will you do with your earning power and what will you have to show for it in the future?  It is a matter of choice.

If you think of life as a journey, answers to questions such as these become your destinations on the journey of life. It’s very common for many businesses not to maximize their tax deductible benefits available for lack of organization or ignorance of the tax law. Get ready for a meaningful discussion with your accountant by considering the following questions.

A fellowship breakfast will be offered at 13425 Webb Chapel Rd, Farmers Branch, TX 75234 on March 27 at 7:30 am to further discuss these questions. There will be profesional individuals to help you better focus on maximizing your tax benefits. The breakfast will cost $3.00, but you have to RSVP. Please call 972.241.3293 or click here to register.